PSA: is a collaborative public art project organized by artists Shannon Levin and Marina Peng. Using the traditional framework of the public service announcement, PSA: presents rotating text installations by St. Louis artists, writers, and poets at sites around the city. For Stories of Resistance, PSA: invited three contributors to present their work, each for a two-month duration. The installations have maximum visibility on the exterior of CAM’s building, with the second installation by Aida Hasanović premiering May 6 and on view through June 20.

“I became a refugee when my family and I—together with 70,000 migrants of the Bosnian Genocide—moved to the middle of America. As Bosnian-Americans we had to negotiate ourselves against the constructed notions of government, race, religion, and gender in both countries. These constructed and coercive notions create oppressive environments meant to fracture and separate; still we have the power to find our way back to one another. By using both English and Bosnian, Made to See carries both languages to the center to challenge and resist hegemonic beliefs around speech and identity.” 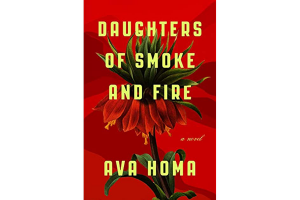 Read the Resistance: Daughters of Smoke and Fire 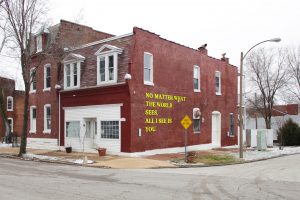 In the Studio: PSA: