The Last Flood, a site-specific, fifty-foot-long painting by New York-based artist Barnaby Furnas will be created on-site during the artist’s two-week residency at CAM in January 2015. This monumental work is the latest in Furnas’s series of Red Sea paintings in which large swaths of saturated pigments and dye gesturally traverse the picture plane and allude to diverse biblical narratives, including the parting of the Red Sea in the Book of Exodus. Here, viewers symbolically assume the subject position of Moses leading the Israelites to freedom as a once-oceanic obstacle becomes a conduit for regeneration and transformation.

Furnas’s Red Sea paintings deploy a variety of postwar art historical motifs, acknowledging the visceral and spiritual color fields of Barnett Newman and Mark Rothko, the agitated gestural patterns of action painting, and the performative ritualism of the Viennese actionists such as Hermann Nitsch. Furnas’s work refigures these historical approaches to painting through a novel approach to abstraction. At this scale, Furnas’s work is both awe inspiring and disquieting; through his use of vibrant color and sweeping brushstrokes, Furnas’s compositions take on an epic quality, engulfing the viewer amidst painterly turbulence and affording both empowerment and apprehension.

The deluge motif is often used to recall the cyclical process of destruction and regeneration. Floods destroy then ultimately reinvigorate ecosystems, and Furnas uses his aesthetic floods of paint to portray a catastrophic event that often occurs before a utopia can be realized. In these paintings Furnas acts as cultural archeologist, gathering—but repurposing—the historical narratives of both the Old Testament and twentieth-century visual art to present his apocalyptic, yet redemptive vision of human society.

Barnaby Furnas (b. 1973, Philadelphia, Pennsylvania) lives and works in New York City. Recent solo exhibitions have been held at the Modern Art Museum of Fort Worth (2007, 2012); the Stuart Shave Modern Art, London (2011); The Museum of Contemporary Art Denver (2009); and the Marianne Boesky Gallery, New York (2002, 2003). His work is represented in the permanent collections of The Saatchi Gallery, London; Albright-Knox Art Gallery, Buffalo; Lever House Art Collection, New York and the Museum of Modern Art, New York. Barnaby received a BFA from the School of Visual Arts in New York, and a MFA from Columbia University, New York. 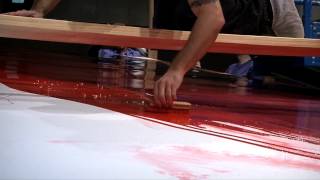 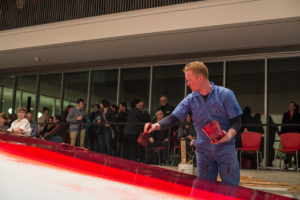