Brandon Anschultz’s paintings and sculptures emphasize the tactile qualities of paint as a material substance. In doing so, they demonstrate the possibilities of the medium beyond its conventional use to create a visual experience on a flat surface. The works presented in Anschultz’s Front Room exhibition extend his expanded notion of painting and sculpture by exploring new materials and methods of production. One series features abstractions created on synthetic foam, a surface that allows the entire painting to exist as an object but also provides for a painting process characterized by the absorption of paint into a space rather than sculpturally projecting outwards. The nebulous and dreamlike imagery that Anschultz creates in these works is further enhanced and intensified by this condition of the paint’s saturation into the “negative” space of the foam material. He also presents sculptural objects produced by repeatedly dipping structures constructed of wood, wire, plants, cigarette butts, and written messages into paint. This progressive repetition results in a paint-object that is actually composed of many different colors of paint, despite its monochromatic outside layer. These mysterious forms resemble utilitarian items that have either been preserved in paint or are awaiting use for some strange, ritualistic purpose. As such, these and Anschultz’s other new works develop his larger project of demonstrating the importance and necessity of maintaining a space for material experimentation and the unanticipated in painting and sculpture. 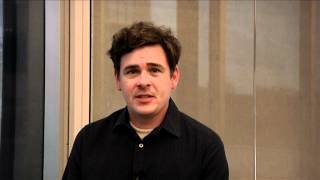 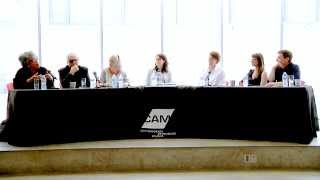 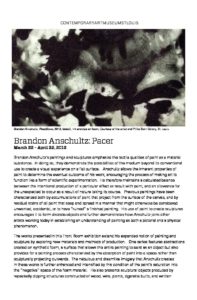 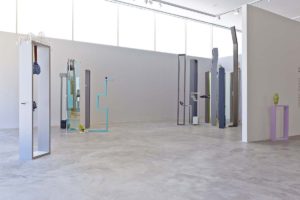