Cryptic explores the way contemporary artists make use of allegory—a figurative mode of representation conveying meaning other than the literal—in a wide variety of media. The juxtaposition of recent works with examples from two series of prints by Goya, the Caprichos and the Disparates (also known as the Proverbs), is intended to prompt consideration of how artists over the years have “encrypted” difficult, uncomfortable, and often socio-politically loaded meanings within allegory and continue to do so in the present day. Particularly in light of recent global events, this exhibition offers a timely exploration of the role that contemporary artists play as commentators on the world around us.

Francisco José de Goya y Lucientes (Spanish, 1746-1828) created masterpieces in painting in the 18th and 19th centuries, and is recognized today as both the last of the great old masters and the first “modern” artist.  He is celebrated variously for work ranging from disturbingly unflinching depictions of the horrors and tragedies of the Napoleonic wars to the wildly imaginative and richly allegorical engravings featured in Cryptic.

Folkert de Jong (Dutch, b. 1972) is best-known for large-scale figurative sculptures rendered in polyurethane foam and paint that offer a biting, yet coded, critique of social mores, war, and religion in a manner not dissimilar to Goya’s work made 200 years prior.

The video works of Hiraki Sawa (Japanese, b. 1977) have the quality of a daydream, infusing everyday scenes with uncanny, magical traces that prompt viewers to consider the numerous poetic meanings of quotidian phenomena. In Trail(2004), for example, silhouettes of exotic animals and even a Ferris wheel infiltrate non-descript domestic interiors such as bathroom sinks and window sills as an allegory for the extraordinary things that might underpin seemingly ordinary situations.

Allison Schulnik’s (American, b. 1978) strange, agitated paintings reflect her background in animation, but privilege the sculptural aspect of paint through their densely impastoed surfaces. Her gothic, figurative works, such as a bizarre and mesmeric still-life with flowers—a classic symbol of the fleetingness of life—suggest the more sinister and foreboding aspects of contemporary life.

Dana Schutz (American, b. 1976) is one of the leading figurative painters to emerge in the past decade, and is represented in this exhibition with various works, including one of the “Self-Eaters” of the mid-2000s. She has described these works as allegories of self-sufficiency, particularly in painting itself.

Javier Tellez’s (Venezuelan, b. 1969) video Letter from the Blind for the Use of Those Who See (2007) recalls the ancient Indian allegory of six blind men variously describing an elephant by filming six actual blind New Yorkers as they encounter a live elephant for the first time. Tellez turns the typical reading of the old allegory—that a single point of view is insufficient to understand something—on its head, and reveals instead the value and complexity of an individual experience.

Finally, Erika Wanenmacher (American, b. 1955) makes a sincere use of witchcraft in works across various media.  Like many artists throughout history, she uses allegory in a metaphysical sense, prompting consideration of the way art offers an understanding of the world that transcends the logical, the physical, and the material. 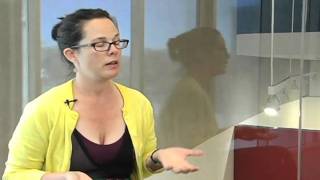 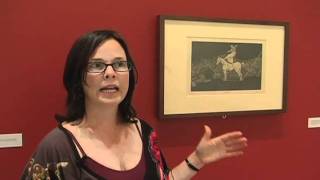 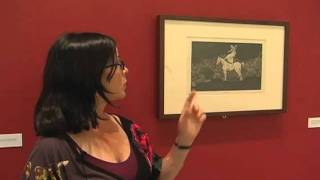