The GatewayGIS Neighborhood Banner Project is an exhibition that celebrates a partnership between CAM’s Learning & Engagement department and GatewayGIS. The exhibition features a selection of eight banners on the museum’s west facade, which are the result of two years of planning, teaching, and collaboration with local organizations and schools near the new NGA (National Geospatial-Intelligence Agency) west campus. The project was conceived as an opportunity for students to not only learn about past and present African American leaders and neighborhood landmarks but also to celebrate them through digital graphic design. At the end of the exhibition, one set of banners will be gifted to the classrooms of the student artists who created them, and one set will be handed over to the St. Louis Third Ward Alderman, Brandon Bosley, for future public display. We encourage you to continue this initiative by discovering, researching, and celebrating African American heroes in the community through your own creative process.

James “Cool Papa” Bell (1903–1991) was a left-handed center fielder who began his career with the St. Louis Stars of the Negro National League after moving to the area at age 17. He was renowned for his speed running and stealing bases as well as his “cool” demeanor during his stint as pitcher earlier in his career. He was added to the National Baseball Hall of Fame in 1974 and a street in the JeffVanderLou neighborhood is now named for him.

Josephine Baker (1906–1975) was an entertainer and activist who was born in what is now Midtown. Her talents in singing and dancing took her to New York City and eventually to Paris where she found fame for her trademark dancing style and eye-catching costumes. Baker is also known for her work with the civil rights movement and the French resistance during WWII.

Lois Conley (b. 1946) is the founder/President and CEO of the Griot Museum of Black History, the second oldest African American history and wax museum in the country, which is located in St. Louis Place. A Vashon High School graduate, Conley has dedicated her life to researching and promoting the awareness of African American history. She also has lectured throughout the United States and received numerous honors for her work.

Congresswoman Maxine Waters represents California’s 43rd congressional district and is serving her 15th term of office. A St. Louis native, she graduated from Vashon High School before moving with her family to Los Angeles. She is the most senior African American woman in Congress and was named as one of Time magazine’s 100 Most Influential People of 2018. 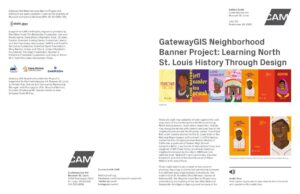 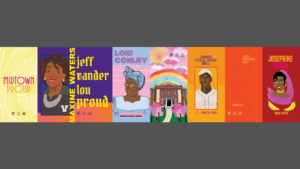