As the centerpiece of its summer 2013 season, CAM presents the first solo U.S. museum exhibition of Los Angeles-based artist Lari Pittman in nearly twenty years. Lari Pittman: A Decorated Chronology is also the first comprehensive presentation of Pittman’s work in the Midwest. One of the most preeminent artists working today as well as a longtime educator, Pittman is a major influence on contemporary painting. Comprising thirty large-scale paintings and a twenty-four-part works on paper series, the exhibition primarily features newer work from the mid-2000s to the present. In addition, a number of seminal earlier works, essential for understanding the trajectory of Pittman’s practice and borrowed from major museums and private collections across the United States, also figure prominently.

Pittman’s work is internationally celebrated for its use of exuberant color and painstaking detail to address contentious subjects such as sexuality, desire, and violence. His paintings combine a visual breathlessness with a sophisticated formal logic to intertwine the personal and the political. Lari Pittman: A Decorated Chronology shares its name with Pittman’s series of early paintings (A Decorated Chronology of Insistence and Resignation, 1992–1993) in which the artist expanded his practice in both content and form—often portraying a cast of gender-ambiguous figures engaged in expressive and licentious acts alongside images of consumption. From the exhibition’s earliest painting, Thanksgiving (1985), to recent work that explores more personal themes as well as painting’s relationship to the greater landscape of art history, Lari Pittman: A Decorated Chronology illustrates and celebrates the development of Pittman’s expansive practice over the past thirty years.

Lari Pittman (b. 1952, Los Angeles) lives and works in Los Angeles. His work has been shown in more than 40 solo exhibitions, including at Le Consortium, Dijon, France (2013) and Villa Arson, Nice, France (2005). Traveling exhibitions include Once a Noun, Now a Verb (Spacex Gallery, Exeter, UK; Cornerhouse, Manchester, UK; ICA, London; and Centre d’Art Contemporain, Geneva; 1998); and Lari Pittman(Los Angeles County Museum of Art; Contemporary Arts Museum, Houston; and Corcoran Gallery of Art, Washington, D.C.; 1996–97). Pittman has been featured in numerous group exhibitions, including This Will Have Been: Art, Love, and Politics in the 1980s at the Museum of Contemporary Art Chicago; Walker Art Center, Minneapolis; and Institute for Contemporary Art, Boston (2012); Documenta X, Kassel, Germany (1997); and the Whitney Biennial, Whitney Museum of American Art, New York (1997, 1995, 1993, 1987). Pittman was featured in Season Three of the PBS documentary series, Art:21—Art in the Twenty-First Century and is the recipient of the Skowhegan Medal (2002) and the National Endowment for the Arts Fellowship Grant in Painting (1993, 1989, 1987), among many awards. Pittman received a BFA and an MFA from California Institute of the Arts. He is Professor of Painting and Drawing at the University of California, Los Angeles. 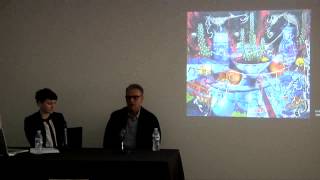 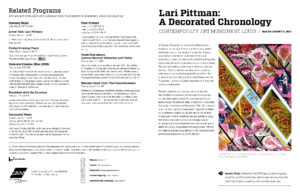 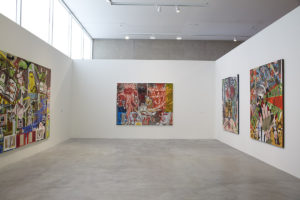 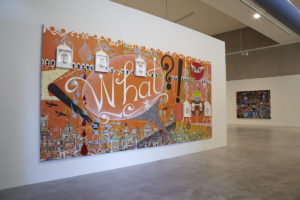 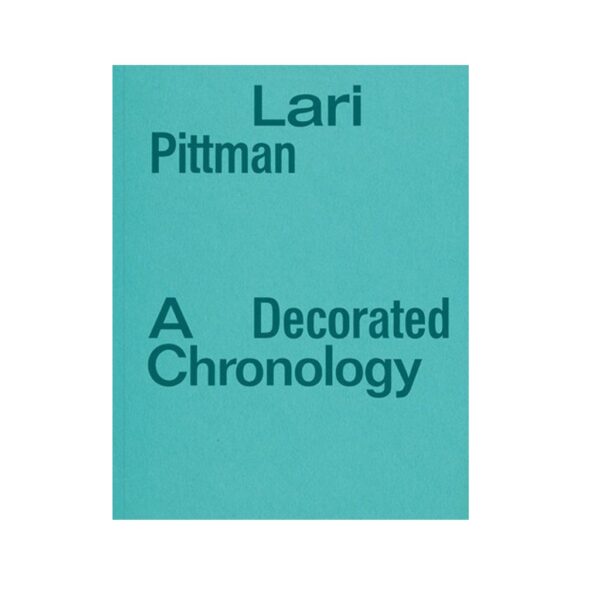