Two Boys and the Love Doll

Two Boys and the Love Doll is the first Midwestern solo museum exhibition of American photographer Laurie Simmons, featuring two recent bodies of work that use dolls—male CPR dummies and female love dolls—as their subject. Simmons emerged in the mid-1970s as a member of the Pictures Generation, a group of photographers who appropriated mass media and commercial advertising to respond to America’s political and cultural shifts. Throughout her career, Simmons has photographed a variety of dolls—from ventriloquist dummies to figurines—and dollhouse paraphernalia as a visually accessible way to examine issues of gender, feminism, and domesticity.

For The Love Doll (2009–11) series, Simmons ordered a customized life-size, latex love doll from Japan and staged it in her home in an assortment of scenarios. Each photograph is chronologically and descriptively titled, beginning with the first day Simmons received the doll in the mail, Day 1 (New in Box), and concluding with Day 30/Day 2 (Meeting), the moment at which a second love doll enters Simmons’s constructed scene. Simmons personifies her doll by reconsidering her not as a sex toy but rather as an everyday woman engaging in ordinary activities: lying on a bed, diving into a pool, jumping off a stone wall, and lounging with a book. Although the majority of the portraits represent the model clothed, Day 29 (Nude with Dog) presents the doll entirely naked, confronting the viewer with her essential nature as an erotically charged object. Simmons’s photographs use humor to critically examine themes of femininity and sexuality. Her absurd characterization of the inanimate body also explores the very human sensation of loneliness and ennui.

Two Boys (2013), a series of large-scale photographs originally created for the Metropolitan Opera, invites the viewer into a chilling space of unreality and disillusion. Simmons drew her inspiration for the series from the eponymous 2013 opera by American composer Nico Muhly (b. 1981), which recounts the true story of a catastrophic Internet relationship between two adolescent boys from Manchester, England, who meet in an early 2000s chat room. Simmons’s photographs feature two slack-jawed CPR dummies wearing hooded sweatshirts who face computer screens with closed eyes. The stark light of the laptops illuminates their corpse-like faces, casting menacing shadows throughout empty rooms. The scenes are haunting and frustratingly inanimate, denying us any semblance of human connection.

If the intention of inert CPR dummies is to operate as teaching tools for artificial resuscitation, then Simmons’s photographs question who or what must be metaphorically brought back to life. Our contemporary era offers the illusory promise of constant connection—we are only a click away from human interaction—yet blurs the line between the virtual and the real. In both series of photographs, Simmons asserts the doll as neither a solution for loneliness nor a replacement for bodily contact; instead her photographs offer a complex look into our current lack of real world connectivity.

Laurie Simmons (b. 1949, Long Island, New York) is a multidisciplinary artist living and working in New York. Recent solo exhibitions include Kigurumi, Dollers and How We See at Salon 94, New York, and Two Boys at Gallery Met, Metropolitan Opera, New York (2013). Major retrospectives of her work include The Fabulous World of Laurie Simmons at the Neues Museum, Nuremberg, Germany (2014); Laurie Simmons at the Gothenburg Museum of Art, Gothenburg, Sweden (2012); and an exhibition at the Baltimore Museum of Art (1997).

The exhibition tours to Sarah Moody Gallery of Art, The University of Alabama, Tuscaloosa (January 14–February 26, 2016). 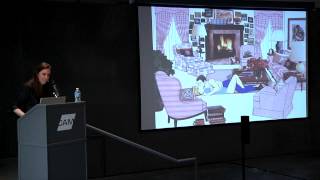 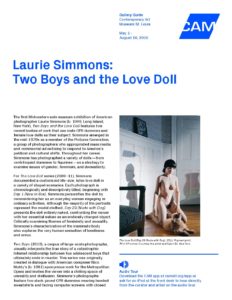 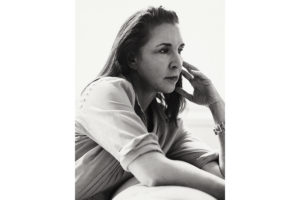 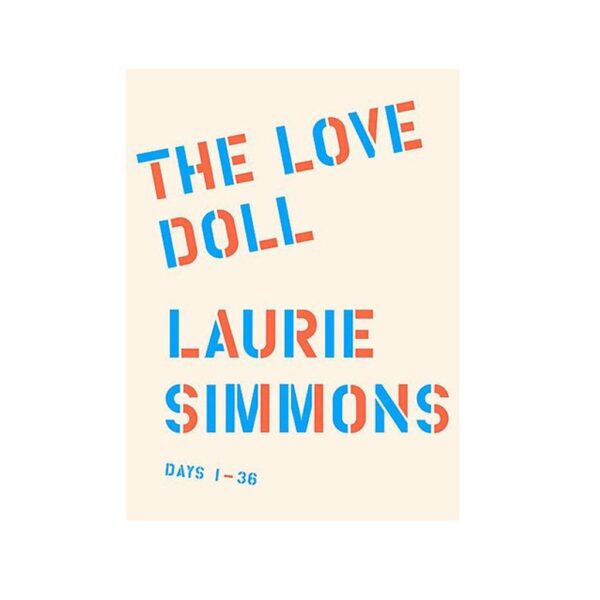