Lisa Yuskavage: The Brood presents twenty-five years of the New York-based artist’s work, espousing her bold vision for contemporary figurative painting. The Brood is Yuskavage’s first solo museum exhibition in the United States in over fifteen years, comprising key paintings that chart her emergence in the early 1990s to the present. Merging the grand tradition of portraiture with the expansive vocabulary of female transgression and empowerment, Yuskavage’s sensuous palette and confrontational subject matter provoke the imagination and create a sometimes polarizing space: the artist presents the female body as a site of defiance and decadence.

The Brood is not so much a comprehensive survey as it is a thorough account of Yuskavage’s development and identity as an artist, presenting her signature paintings in three compositional formats: diptychs, triptychs, and what the artist calls “symbiotic portraits.” While the first two categories conventionally describe artworks in two and three parts, the third—symbiotic portraits—refers to single-panel paintings that feature multiple figures, often elaborately intertwined. This overarching structure allows viewers to focus on relationships between panels, figures, and the works and their own bodies. The Brood positions Yuskavage as one of the most significant painters of her generation and presents a cogent argument for figuration’s importance, promise, and renewed agency.

Lisa Yuskavage: The Brood was curated by Christopher Bedford, Henry and Lois Foster Director of the Rose Art Museum at Brandeis University, and organized for the Contemporary Art Museum St. Louis by Jeffrey Uslip, Chief Curator. 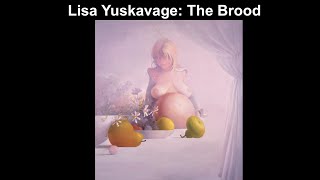 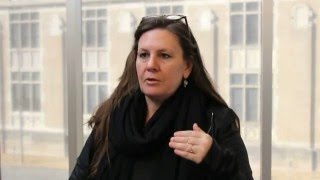 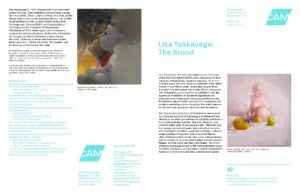 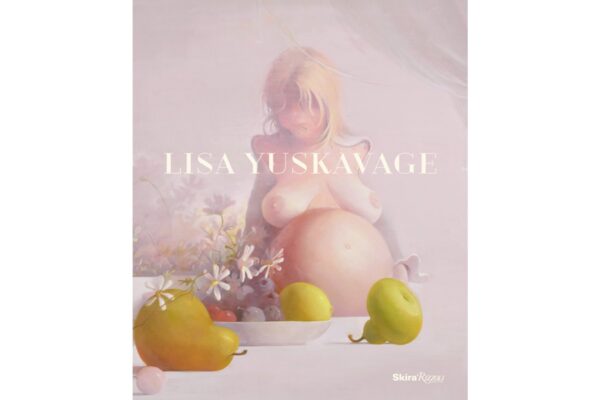