For more than 30 years, the Russian Ghanaian artist Liz Johnson Artur has been creating photographic representations of people of African descent around the world. She began her Black Balloon Archive project, whose name derives from a song by the American soul singer Syl Johnson, after visiting Brooklyn, in 1986, where she stayed with a Russian family in a predominantly black neighborhood. Having grown up in Bulgaria, Germany, and Russia, where she had little contact with black communities, the artist was inspired by the experience to use photography as a way to connect with other people across the African diaspora. “Dusha” is the Russian word for soul, and Johnson Artur’s intimate pictures capture the everyday beauty and distinctiveness of individuals that she has encountered on streets, in restaurants and clubs, or at public gatherings during her travels to Africa, the Caribbean, Europe, and North America. Liz Johnson Artur: Dusha, the London-based artist’s first solo museum exhibition, premiered at the Brooklyn Museum and features photographs, videos, and sketchbooks selected from the ongoing Black Balloon Archive.

Liz Johnson Artur (b. 1964, Sofia, Bulgaria) has been based in London since 1991. Her monograph with Bierke Verlag was included in the New York Times Best Photo Books of 2016, and her work was recently included in the 10th Berlin Biennale for Contemporary Art. She was a nominee for the 2017 AIMIA  AGO Photography Prize and a finalist for the Jane Lombard Prize for Art and Social Justice in 2018. Johnson Artur holds an MA in photography from the Royal Academy of Arts in London. Her commercial work recently recieved world-wide attention, shooting video and still photography for Rihanna’s Fenty fashion brand, in south London. 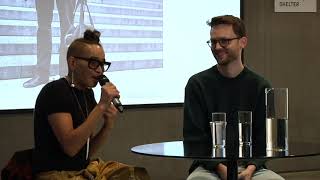 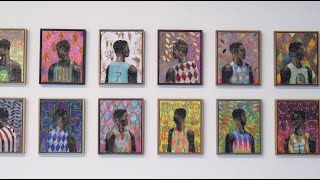 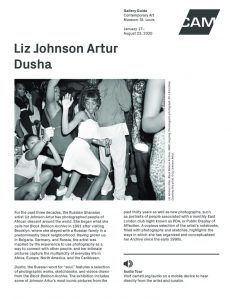 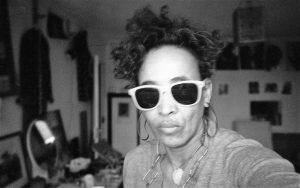 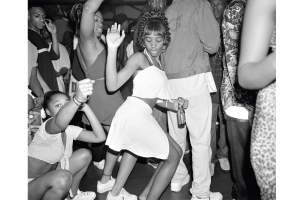