Brooklyn-based artist Lorna Simpson came to prominence in the 1980s with her pioneering approach to conceptual photography, raising questions about the nature of representation, identity, gender, race, and history. Since the late 1990s, Simpson has extended these concerns into a series of film and video installations. For Street Views, on view on the museum’s facade from dusk to midnight, CAM presents two digital animation videos, Blue Love (2020) and Redhead (2018). These works are part of a series in which Simpson melds black and white photographs of faces from vintage Ebony and Jet magazines of Black women and men, embellished with watercolor coifs. These publications focused on subjects of lifestyle, culture, and politics from an African American perspective for decades, and are credited with chronicling Black lives and issues under-represented elsewhere in the media. Simpson explores these publications as important markers of time and politics. Her collages and animations deftly navigate the territory between figuration and abstraction, past and present, to open up the history of representation in images.

Lorna Simpson (b. Brooklyn, NY) received her BFA in Photography from the School of Visual Arts in New York and her MFA from the University of California, San Diego. Her work has been widely collected and exhibited by such institutions as the Museum of Modern Art, New York; Museum of Contemporary Art, Los Angeles; Walker Art Center, Minneapolis; Studio Museum in Harlem; Aspen Art Museum; and Haus der Kunst, Munich, among many others. Her work is in the permanent collections of many prominent museums including Art Institute of Chicago; Brooklyn Museum of Art; Corcoran Gallery of Art, Washington, DC; High Museum of Art, Atlanta; Los Angeles County Museum of Art; and San Francisco Museum of Modern Art, among many others. 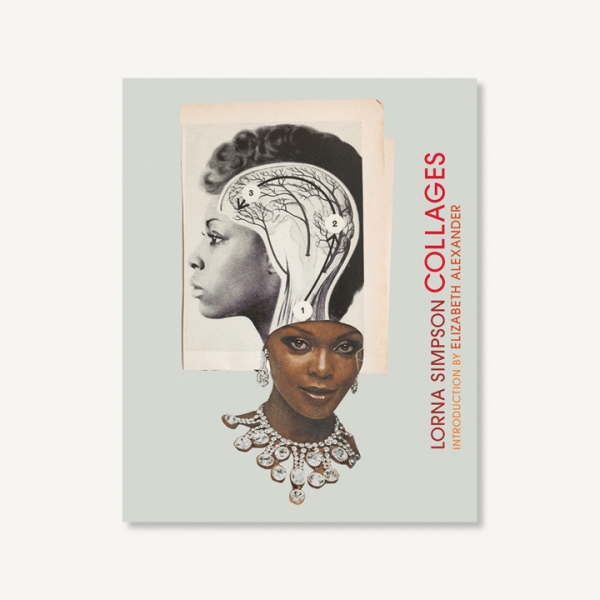