A British-native currently living in upstate New York, Nicola Tyson is engaged in the re-imagining of the figure, or more precisely re-imagining the gaze upon the female body. She is noted for her “psycho-figuration,” a practice that erases the distinctions between representation and abstraction and expresses the inner psyche of its subjects. Her portraiture undermines specificity, bodies morphing into creatures or unidentified selves turned inside out. Although often comic in nature, these representations of fractured personae also possess a quiet poignancy.

An extensive selection of Tyson’s small, graphite-on-paper drawings will be on view—numerous drawings brought together to gain an accumulative power. A number of Tyson’s dynamic large-scale ink drawings will also be part of the exhibition. The artist chooses to create drawings swiftly so as not to impede the imaginative process, “…to stay just ahead of the cage of language,” she has said, “the linear mind and rational decision-making. I just let the forms grow themselves—self-organize….” Despite Tyson’s rapid facility, the individual works reveal extraordinary draftsmanship. Likewise, although her paintings contain a loose and gestural quality, they also convey a subtle mastery, distinguishing Tyson as a colorist with a distinctive chromatic palette and painterly inclinations. A number of Tyson’s large-scale paintings will be on view, as well as new works from her ongoing Portrait Heads series. In the early 2000s Tyson began her investigations into portraiture through a monoprint process, quickly achieving her image by painting acrylic on glass, then pressing the glass onto paper. These headshots gaze unnervingly at the viewer, ghoulish, as if protective layers of self have been stripped like bark from a tree, yet with personality and humanity retained.

Tyson is frequently associated with such artists as Maria Lassnig and Tyson contemporary Nicole Eisenman, both have exhibited at CAM, and their feminist redefinition of the female figure in relationship to identity and the social gaze. Tyson is also aware of her male forbearers and their expressions of the female body, artists that include Édouard Manet, Egon Schiele, Pablo Picasso, Max Beckmann, and Francis Bacon. Her epistolary monologues to these artists have been collected into a book, Dead Letter Men, and Tyson performs readings of the letters, often as part of her exhibitions. The letters are funny, satirical, pointed, personal, self-reflective, and pose underlying questions of “Who draws the figure?” and “Whose figure is it?” She will read from Dead Letter Men at CAM, Thursday, April 6, 6:30 pm.

In the process of reconstructing or breaking down the figure, Tyson’s surreal depictions of morphed humanity contain a gentle humor. Her gaze reveals the physicality of the body and its vulnerabilities, and the capacity to laugh at those vulnerabilities—the shared human comedy. 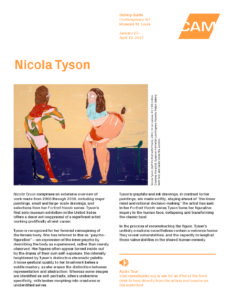 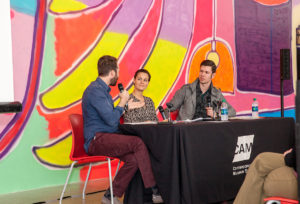 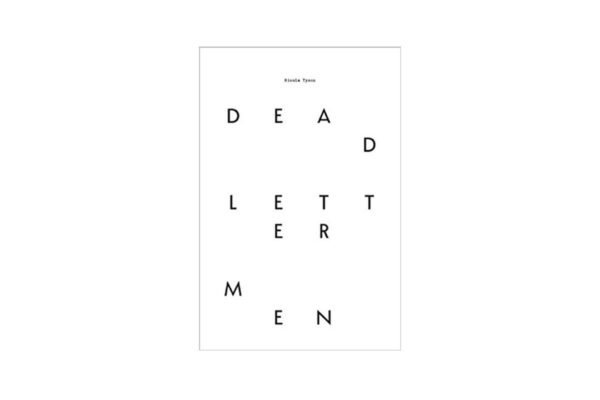 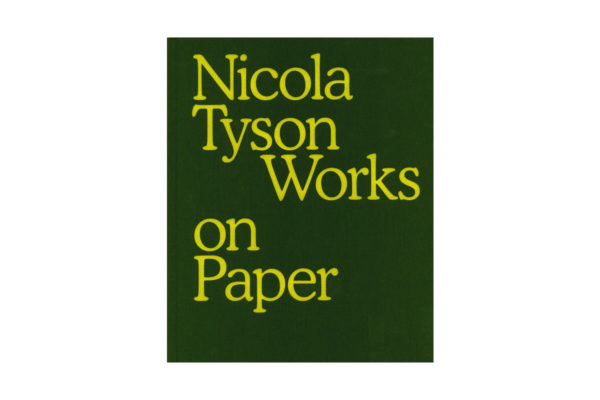 Paintings and Drawings by Nicola Tyson On view January 27–April 16, 2017