Place is the Space

The opening of CAM’s building in September 2003 heralded not only the introduction of a new space for contemporary art in St. Louis but also a new identity for an institution that had begun as the First Street Forum in 1980. The two-story, 27,000-square-foot museum was designed with open, flexible spaces that allow for variation and emphasis on the artwork while highlighting transparency and natural light. After his work with CAM—Cloepfil’s first museum—the award-winning architect went on to design the Museum of Arts and Design, New York (2008), the University of Michigan Museum of Art, Ann Arbor, Michigan (2009), and the Clyfford Still Museum, Denver, Colorado (2011), among many other celebrated projects.

Each of the five works in Place is the Space will respond to different aspects of the structure, including surface, scale, transparency, and boundaries. While demonstrating the building’s unique ability shape the presentation and experience of contemporary art, the exhibition also examines the larger idea of how various artists address museum spaces as a key element in the development of their work.

Arocha-Schraenen (Carla Arocha, b. 1961, Caracas, Venezuela; Stephane Schraenen, b. 1971, Antwerp, Belgium. Both live and work in Antwerp, Belgium)
Founded in 2006, the Arocha-Schraenen collective is known for their installation-based and sculptural work that explores the relationship between material, space, and perception. Arocha and Schraenen will extend this exploration at CAM with the installation of an overlapping abstract graphic pattern on the windows of the museum’s café and performance space.

Jill Downen (b. 1967, Belleville, Illinois; lives and works in Kansas City and St. Louis)
Downen’s work incorporates surfaces, flaws, and other elements of a space to create organic forms. Her project for Place is the Space, titled Beauty Mark, will feature the seaming of a long fissure in CAM’s concrete floor with gold leaf as well as the reconstruction of a wall sculpture that she created at the Museum nearly a decade ago.

Iñigo Manglano-Ovalle (b. 1961, Madrid; lives and works in Chicago)
Manglano-Ovalle’s sophisticated sculptures and video installations often use natural forms such as clouds, icebergs, and DNA. The artist will present a new sculpture comprising a massive cube constructed of charred cedar planks and a grid of white maple beehive structures to address issues of scale, proportion, and surface within the building.

Virginia Overton (b. 1971, Nashville, Tennessee; lives and works in Brooklyn, New York)
Known for graceful sculptures that use raw materials such as drywall, mud, and wood beams, Overton will create an elegant arrangement of long metal pipes across architectural voids between the Museum’s main galleries and performance space and between the performance space and lobby.

Dominique Petitgand (b. 1965, Laxou, France; lives and works in Paris)
Petitgand, one of the most prominent French artists working in sound, creates works that address the relationship between the spoken word, silence, music, and space. His project will juxtapose abstract sounds emanating from speakers placed in the main galleries and performance space, with a French vocal narrative and video translation, prompting visitors to consider their physical and public presence in the space.

Place is the Space is organized for the Contemporary Art Museum St. Louis by Dominic Molon, Chief Curator, and Brad Cloepil, Founding Principal, Allied Works Architecture. The exhibition will be accompanied by a fully illustrated catalog that focuses on the artists and their respective projects; an annotated visual history of CAM; and a scholarly appreciation of the building. 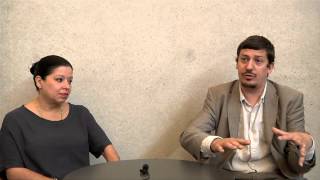 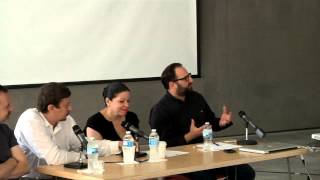 Place is the Space Roundtable Discussion 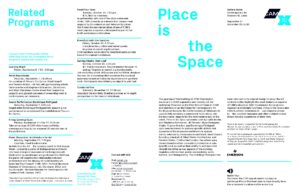 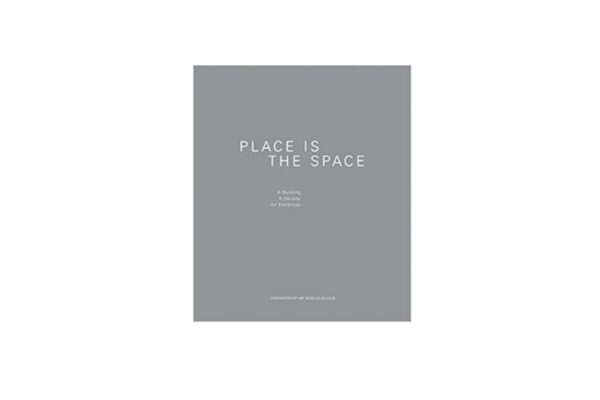 Place Is the Space: A Building, A Decade, An Exhibition