Reena Spaulings emerged in 2004 as the protagonist of a book authored by the artist-group Bernadette Corporation. Simultaneously an art gallery located in New York’s Lower East Side and an artist making paintings, flags, postcards, films, CDs, and installations, Reena Spaulings presents itself/herself in a variety of shifting guises: a story, a gallerist, an artist, a place, and a collective—always in an attempt to blur the distinction between identities. Reena Spaulings opens the Fall 2008 Front Room season with new and recent work. 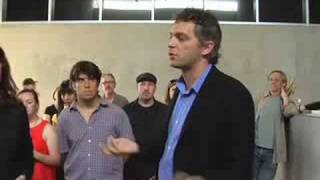 The Front Room Reena Spaulings: A Talk by Anthony Huberman 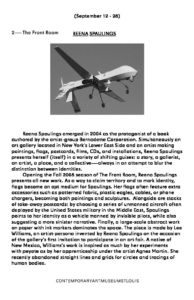