People in precarious boats cross vast bodies of water in search of a better life. This is an image that has become all-too familiar, seen frequently in the perpetual news cycle and on social media feeds. European Union Mayotte is filmed in the Comoros Islands—a former French colony just north of Madagascar. A sovereign island nation since 1975, the Union of Comoros consists of four islands, including Mayotte and Anjouan. Mayotte, however, reaffirmed its ties to France, and thus the European Union, and since 2014 has been acknowledged by the EU as its outermost region. Mayotte receives important economic benefits from this relationship.

This installation consists of two screens. The larger projection documents the construction of a fiberglass boat by hand on the island of Anjouan. Every year, thousands of people risk their lives in these small boats to cross 45 miles of the Indian Ocean to Mayotte. The second screen shows one of these boats overloaded with passengers, floating in the sea without horizon line or destination in sight.

The Danish art collective SUPERFLEX­—Jakob Fenger, Bjørnstjerne Christiansen, and Rasmus Nielsen—became aware of the relationship between France, the Comoros Islands, the EU, and Mayotte while working on another project on a nearby island. During the making of European Union Mayotte, the refugee crisis in Europe peaked. This work is representative of the collective’s artistic practice: addressing social and cultural concerns and exploring the nature of globalization and systems of power. 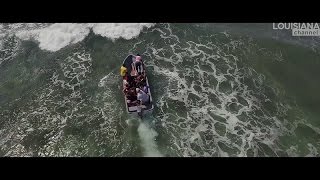 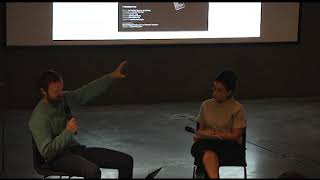 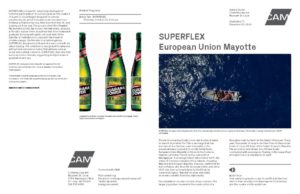 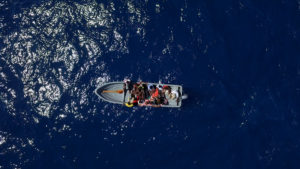