For more than a decade, Madani has developed a practice centered on playful yet provocative representations of men. Her paintings, drawings, and stop-motion animations combine a lyrical and gestural figuration with mature and sometimes disturbing subject matter. These deadpan and often hilarious works satirize conventional notions of masculinity, recasting the male figure in various scenarios that both mock virility and redistribute the dynamics of power. Bright pastel color fields form the ground for group scenes in which balding, rotund, and mustachioed middle-aged men blindly follow each other in circles, undergo interrogation, and perform various humiliating acts. Unflinchingly scatological and abject, Madani’s consistent rendering of bodily fluids and human waste encourages a larger consideration of authority, desire, and shame.

Tala Madani: First Light—the artist’s first solo exhibition in an American museum—focuses on her engagement with the cinematic, presenting an animation and premiering a new series of paintings. Many of the paintings feature the presence of illumination–for example, the beam of a car headlight or flashlight; Madani’s subjects interrogate both themselves and each other in search of larger truths. This notion of projection connects her work not only to cinema and its presentation of images through light and dark but also to art history and the tradition of chiaroscuro, or the contrast of light and dark. Madani’s paintings contain other art historical allusions as well, particularly to early Christian images of the Crucifixion and the Pieta. Spanning time, mediums, and cultures, this amalgam of references enriches Madani’s larger investigation into racial and ethnic visual stereotypes. 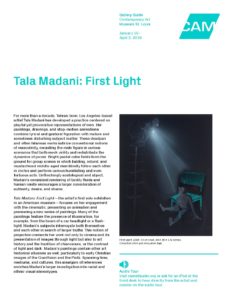 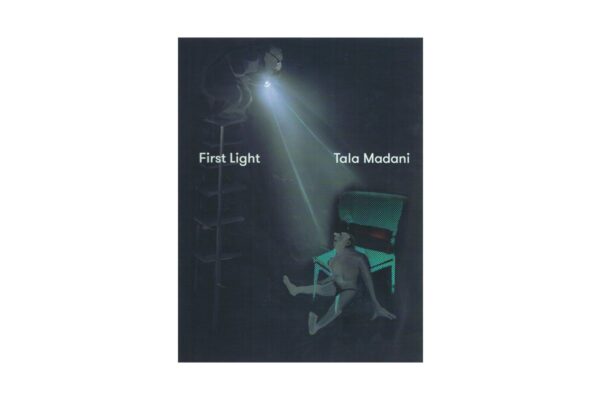