Lizzy Martinez’s forest holds mysterious turns of fate. Seeing Red is a feminist spin on the classic damsel-in-distress folk tale “Little Red Riding Hood.” In Seeing Red, Little Red is featured as a femme fatale and unprovoked murderer, and the Wolf as a harmless victim. Through this plot twist Martinez invites us into a fantasy world that reflects real world political issues. Martinez says she “explores the human form through feminist, mixed-race eyes to interpret symbolism and narratives both original and adapted from literature or film.”

In Seeing Red, a large quadriptych depicts a detailed illustration of Little Red stalking her prey, Disco Wolf, through the forest. Disco Wolf appears as a man dressed as an animal, although whether he is man or animal is left intentionally ambiguous. The accompanying soundtrack played throughout the gallery space combines music from the classic horror film Killer Klowns from Outer Space and Prokofiev’s Peter and the Wolf. The weird sound mix reveals the dark, hypnotic aspects of Martinez’s art.

Martinez’s work yields discomforting notions about such contemporary issues as gun violence and gender identity. She addresses serious themes, but in a playful manner—her use of classic costumes and bright colors makes her exhibition look like a children’s storybook. For Martinez, the depiction of gun violence is especially salient, as is her idea that “gun violence is often confused with protection.” Little Red looks to be protecting herself, but the wolf sits, seemingly innocent. 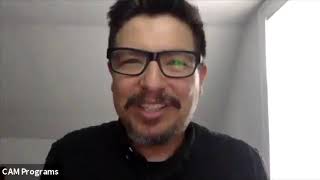 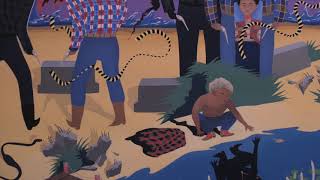 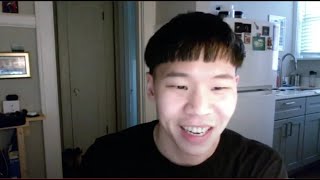 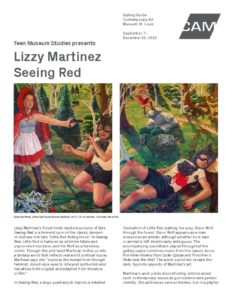 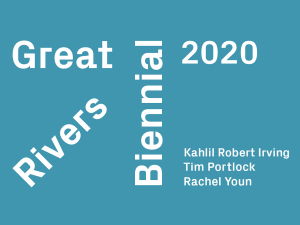 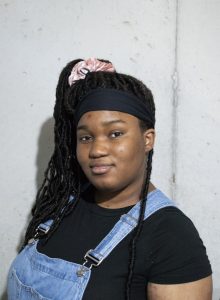 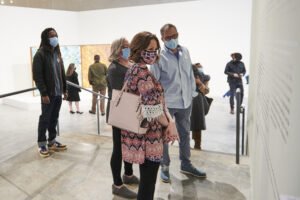 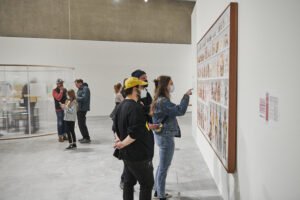