Tim Youd retypes books. He retypes them on the models of typewriters the authors used in the creation of their works, typing each book on a single sheet of paper, which is laid on top of a second sheet of paper and run consecutively through the typewriter. The artist says he conceived of these art actions after realizing that reading a book is essentially looking at “a rectangle of black text inside the larger white rectangle.” Through his performances, he dramatically compresses each book, and exhibits the battered, ink-saturated pages as a diptych. For Tim Youd: St. Louis Retyped, the artist will retype works by four authors with distinct St. Louis connections: William S. Burroughs, T.S. Eliot, Stanley Elkin, and Marianne Moore. He begins his performances at CAM with Eliot’s Collected Poems, and then moves to specific sites that are part of the remaining authors histories. Along with the completed diptychs, a selection of Youd’s typewriter drawings—composed of one-hundred accumulated and superimposed outlines of the same model typewriters he uses in performance—will be on view in CAM’s Front Room gallery.

Performances will typically take place 10:30 am–4:00 pm with a break 1:00–2:00 pm. All performances are free and open to the public except where noted. Schedule subject to change. 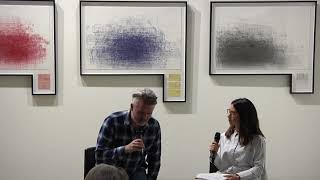 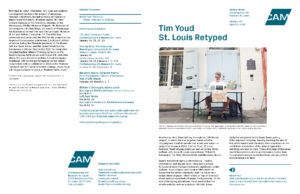 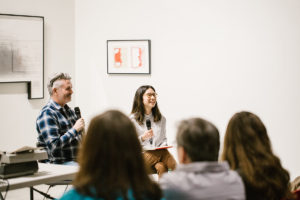 Editors’ Picks: 12 events for your virtual art calendar this week