Urban Planning: Art and the City 1967–2017 presents twenty-four renowned artists responding to the social, political, economic, and environmental effects of urban development in the United States. Urban Planning explores momentous social upheavals—the Civil Rights movement, gentrification, post-industrialization, white flight, the emptying of American cities, and the expansion of the suburbs—through a variety of media, including sculpture, drawing, photography, moving image, and installation. Rather than pose a definitive historical trajectory, the exhibition embraces a ruminative and introspective approach, winding through time and place to touch on situations and themes ranging from the sociopolitical to the deeply personal, all through the lens of artistic observation.

As seen throughout much of the exhibition, artists use photography as a tool to document a rapidly changing nation. Ed Ruscha’s black-and-white aerial photographs of Los Angeles parking lots (1967) as well as images from Catherine Opie’s Freeway series (1994), coolly reflect the unrestricted violence imposed on the natural landscape through the rise of American automobile culture. In contrast, Sara VanDerBeek and Edgar Arcenaux both transform images of Detroit—the American symbol for urban decline—recasting them in large-scale compositions (in photography and drawing, respectively) that unburden the city of its pariah status and offer fresh, even fantastical perspectives of its evolving social fabric.

Sculpture brings the themes of the exhibition into three-dimensional form. Many of these hard-edged critiques exhibit material playfulness, as with Josiah McElheny’s colored-glass revision of cold, modernist architecture, and Michael Rakowitz’s reimagining of the infamous Pruitt-Igoe housing project as a giant inflatable, interactive toy. Oscar Tuazon’s structure, created specifically for the exhibition, provides a temporary dwelling within the galleries, offering viewers a space for both contemplation and encounter.

Urban Planning further unravels its various narrative threads through several moving image works. The implosion of Glasgow public housing is seen and heard in Cyprien Gaillard’s video Pruitt Igoe Falls (2009), whereas Kevin Jerome Everson’s film Emergency Needs (2007) reenacts a press conference held by Cleveland’s first African American mayor following the breakout of riots in 1968. The Republic (2014), by David Hartt, seamlessly weaves together images of urban life in Detroit and Athens, Greece, to explore their connection in the true story of Constantinos Doxiadis, who designed unrealized master plans for both cities.

Many of the works in the exhibition provide commentary on where and how people live in the United States. Among the earliest are Dan Graham’s photographic typology of suburban dwellings in his 1971 lithograph Homes for America and several photographs by Robert Adams that consider the psychological implications of Colorado sprawl in the 1960s and 70s. Glenn Ligon’s wall-based silkscreen Housing in New York (2007) exposes gentrification as an assault on African-American neighborhoods, and Mark Bradford creates ghostly etchings, a palimpsest of merchant posters sourced around Los Angeles that refract the area’s crucial informal economies.

St. Louis provides a through line for Urban Planning. The birthplace of the national highway system, the home of the Gateway Arch, a city that continues to experience its own social and environmental disruption, racial violence, and economic strife—St. Louis connects with analogous urban centers across the country. Using gathered detritus from around the city, Abigail DeVille creates a monumental, new site-specific installation for the Museum. Her act of scavenging, recycling, and transformation serves as a distinctive metaphor for the exhibition as a whole—a creative act of will and imagination; a restorative, hopeful force.

Urban Planning is meditation and dreamscape, analysis and argument, a space for outrage and contemplation. The multiplicity of artistic visions give simultaneously distressing and enlivening views of the past, present, and future of America’s cities.

Urban Planning: Art and the City 1967–2017 is organized for the Contemporary Art Museum St. Louis by Kelly Shindler. 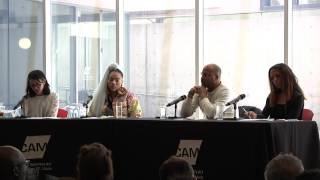 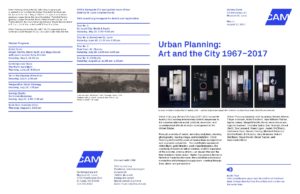 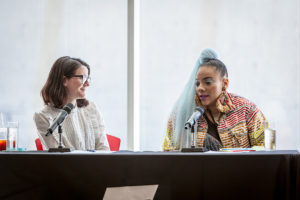 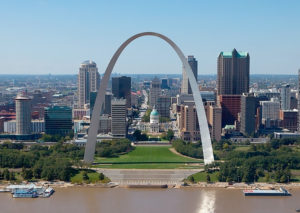 RE: In the Shadow of the Arch

Urban Planning: Art and the City 1967–2017 explores the transformation of American cities through the perspectives of 23 major international artists