Free
Tickets are not available as this event has passed.

Derek Fordjour (b. 1974, Memphis, Tennessee) has exhibited at Night Gallery, Los Angeles; the Brooklyn Academy of Music; and Josh Lilley Gallery, London, among other venues. He has received commissions for public projects from the Whitney Museum Billboard Project and from the Metropolitan Transit Authority of New York City for a permanent installation at the 145th Street Subway Station in Manhattan. He was the 2016 Sugarhill Museum Artist-in-Residence, a resident of the 2017 Sharpe Walentas Studio Program in New York City, and was awarded the 2018 Deutsche Bank NYFA Fellowship. He frequently serves as a lecturer at institutions and as a Core Critic at Yale University School of Art. His work is held in collections throughout the United States and Europe, including the Studio Museum in Harlem, the Perez Art Museum, the Dallas Museum of Art, and the Whitney Museum of American Art. Fordjour is a graduate of Morehouse College in Atlanta, Georgia, and earned a Master’s Degree in Art Education from Harvard University and an MFA in painting from Hunter College.

Fordjour was selected as an Artsy Vanguard artist for 2019, and made news at Frieze New York when his portrait series Top-Ten ALLSTARS (2019) was purchased at auction by Jay-Z. Jay-Z and Beyoncé attended Fordjour’s JRRNNYS exhibit at Night Gallery in LA, and posed for a photo with the artist.

Reserved seating is available for Sustainer-level and above members by emailing members@camstl.org. 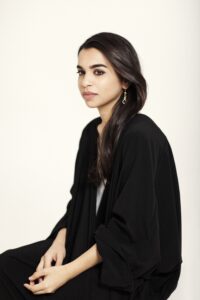