For his first major solo museum exhibition, Derek Fordjour constructs an environment that places viewers in the heart of a storm. SHELTER, a seemingly makeshift, ramshackle structure of corrugated metal walls and a dirt floor is populated by the artist’s signature paintings and sculptures. The work is constructed to heighten visitors’ awareness of their temporal nature, the tenuous circumstances in which art is sometimes made, and the vulnerability of millions caught up in human migrations across the earth, seeking shelter from a multiplicity of storms. A New York-based artist of Ghanaian heritage, Fordjour works primarily in the realm of portrait painting to create vibrant, multi-textured images. Forming a procession across the museum’s Project Wall, Fordjour’s Player Portraits, from a series of 100, lead visitors toward the installation. Many of his paintings express the spectacle of sporting events—marching bands, cheerleaders, crowds, and athletes. By using sports as a metaphor, the artist subtly addresses themes relating to race, systemic inequality, and aspiration, particularly in the context of American identity.

After Shelter, a microprogram that takes place July 9–August 23, 2020, invites visitors to record reflections on their COVID-19 experiences within the immersive installation.

Derek Fordjour (b. 1974, Memphis, Tennessee) has exhibited at Night Gallery, Los Angeles; the Brooklyn Academy of Music; and Josh Lilley Gallery, London, among other venues. He has received commissions for public projects from the Whitney Museum Billboard Project and from the Metropolitan Transit Authority of New York City for a permanent installation at the 145th Street Subway Station in Manhattan. He was the 2016 Sugarhill Museum Artist-in-Residence, a resident of the 2017 Sharpe Walentas Studio Program in New York City, and was awarded the 2018 Deutsche Bank NYFA Fellowship. He frequently serves as a lecturer at institutions and as a Core Critic at Yale University School of Art. His work is held in collections throughout the United States and Europe, including the Studio Museum in Harlem, the Perez Art Museum, the Dallas Museum of Art, and the Whitney Museum of American Art. Fordjour is a graduate of Morehouse College in Atlanta, Georgia, and earned a Master’s Degree in Art Education from Harvard University and an MFA in painting from Hunter College. Fordjour was selected as an Artsy Vanguard artist for 2019. 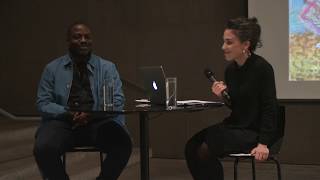 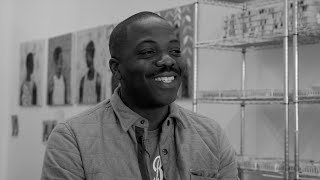 The Making of Derek Fordjour: SHELTER 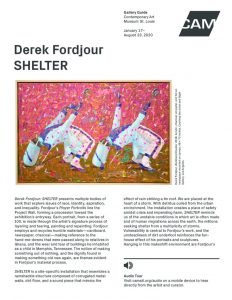 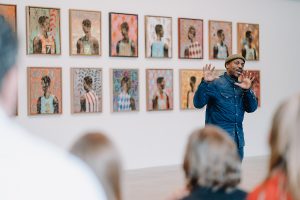 Marching to the Beat of Their Own Drum

Derek Fordjour, from anguish to transcendence

Beyond white walls: CAM exhibition examines ‘what we all seek’