Is rebellion a norm, or is it exceptional? In this episode of Radio Resistance, artist Dread Scott and scholar Walter Johnson discuss the community-engaged performance Slave Rebellion Reenactment and the inspiring true story of the largest uprising of enslaved people in US history, in 1811. Scott and Walker discuss the power of culture to unify and catalyze people, as well as the proposition that the most radical views of freedom in early American history were held in the minds of enslaved people.

Dread Scott is an artist who makes revolutionary art to propel history forward. In 1989, Scott became part of a landmark Supreme Court case when he and others defied a new law by burning flags on the steps of the US Capitol. Photographs and flags from his community-engaged performance Slave Rebellion Reenactment are included as part of the exhibition Stories of Resistance.

Walter Johnson is Winthrop Professor of History and Professor of African and African American Studies at Harvard University and author of The Broken Heart of America: St. Louis and the Violent History of the United States. He is a founding member of the Commonwealth Project, which brings together academics, artists, and activists in an effort to imagine, foster, and support revolutionary social change, beginning in St. Louis. 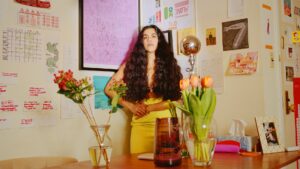