Free
Tickets are not available as this event has passed.

Mark Twain is the inspiration for Stephanie Syjuco‘s courtyard installation, To the Person Sitting in Darkness, which takes its design from the author’s bitter suggestion for a flag representing the new Philippine Province in 1901: an American flag re-designed with black stripes rather than white, skull and crossbones rather than stars. Until now, Twain’s flag has never been produced.⁣

Actor Richard Garey, who regularly plays Twain at Hannibal’s Planter’s Barn Theater, brings his portrayal to CAM, giving a perspective of the writer that few audiences ever encounter: the politically engaged, anti-imperialist Mark Twain. For the performance, Garey remains in character from the moment he enters the museum until he exits. He also follows one of Twain’s guiding aphorisms: “The greatest curse is ignorance, and its only cure is humor.”

Support for this program is provided by Missouri Humanities as part of their commitment to a more thoughtful, informed, and civil society. 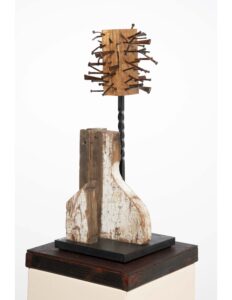 RE: Artist as Medium (Workshop) 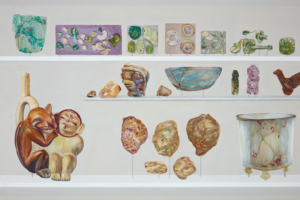 RE: Artist as Medium (Roundtable)