Claudia Wieser’s faded environments and geometric compositions are rooted in German Romanticism, Russian Suprematism, and German Expressionist film-à-la-Caligari and take the form of collages on found photographs or photocopied wallpaper installations. Andrew Falkowski’s wry and melancholic paintings of photographic backdrops present absent portraits, missing still-lives, and lost historical prerogatives. Elad Lassry’s photographs and films continue a collapse of background into foreground but also make use of photographic conventions and histories. Each in his and her own way, Falkowski, Lassry, and Wieser self-reflexively consider the layered process of picture-making. 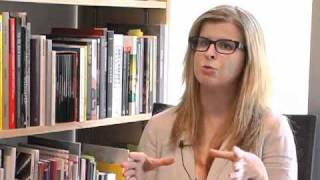 On the Work of Elad Lassry 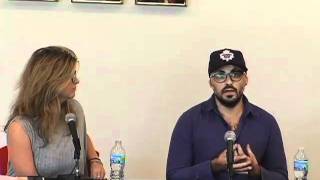 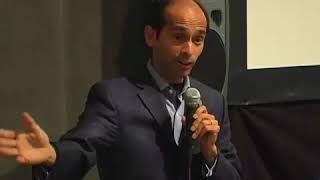 An Evening of Neuroscience and Music 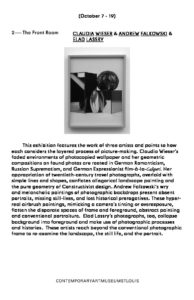